The Q-Selects, 360 Hockey Training & Rapid Hockey Development have reached a general understanding to work together to grow their Spring AAA & training development. We believe this agreement will benefit the development of hockey players throughout Quebec and the greater Montreal area.

Both Keifer Orsini & Greg Orsini bring a wealth of experience at all levels of hockey. Keifer Orsini's hockey career has gone through Tabor Academy Prep, the University of Maine in the NCAA, and Concordia University in USport. Keifer was drafted in 2013 by the Rouyn-Noranda Huskies of the QMJHL in the 3rd round, #38 overall. Keifer currently coaches in the CCHL for the Cornwall Colts, but has gained valuable coaching experience with the USport Concordia Stingers and at various levels for the Lac-Saint-Louis Lions and Lakeshore Panthers associations. Keifer also trains current NHLers Derek Brassard, Nathan Beaulieu, and Marco Scandella in the off season along with many student athletes that prepare themselves for their upcoming Prep & NCAA seasons.

As President of Rapid Hockey Development, Greg Orsini brings years of experience at both the hockey player development and coaching levels. Greg Orsini currently holds the title of Hockey Programs Technical Director for the Lakeshore hockey association and he's also done lots of work for the SIL (Structure Integre Lions) both on and off the ice and behind the bench. Greg has been a huge player in hockey development in the West Island, NDG, and Montreal region for many years. 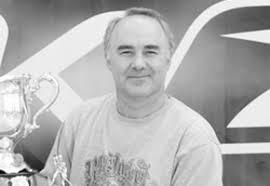 If you have any school hockey questions, then we can absolutely help guide you through the process as our team has been there and gone through it.

More details of the agreements will be unveiled in the near future. It will include Spring AAA tryouts at various levels.