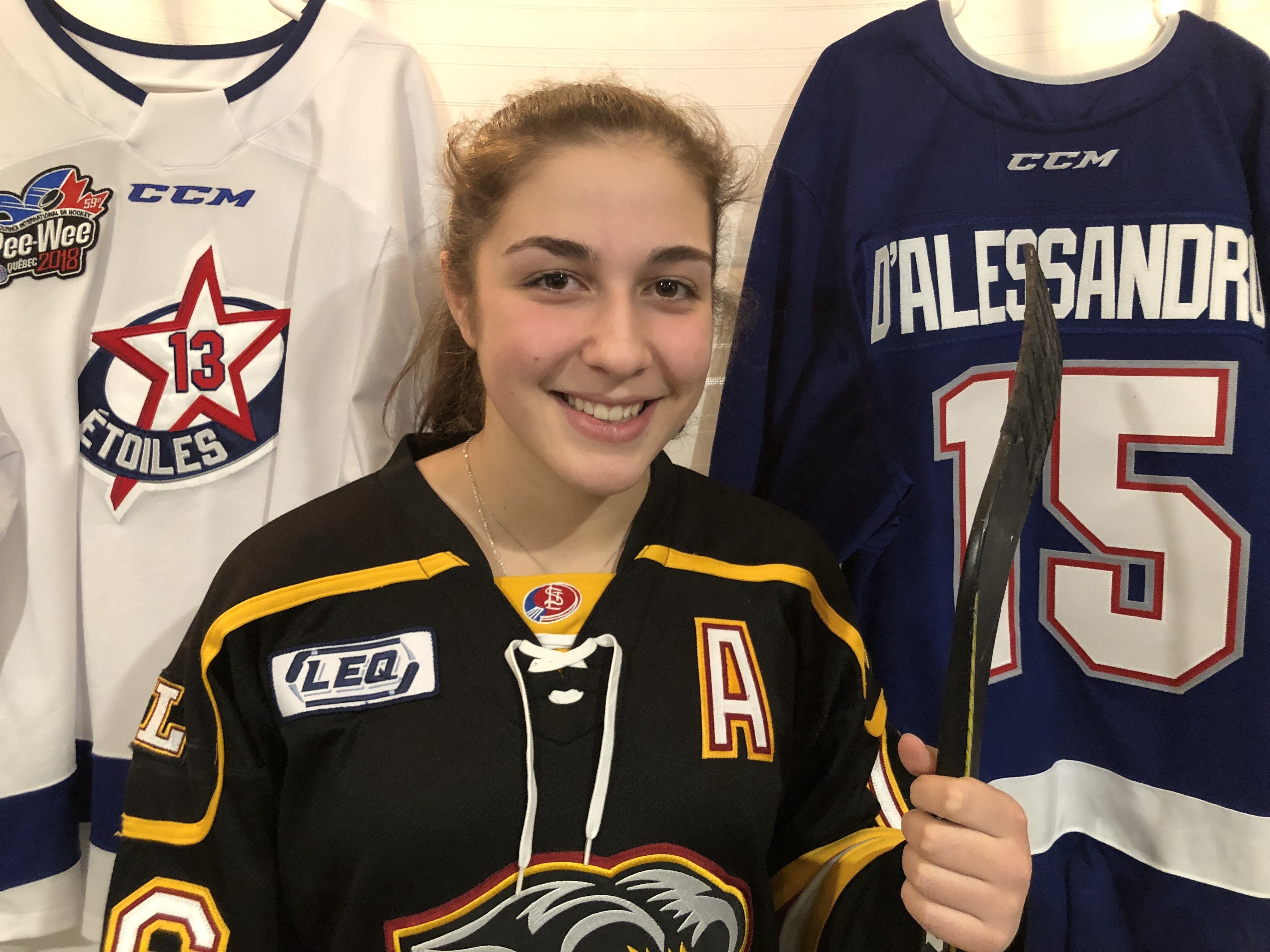 Sienna D'Alessandro was just 4 years old when she told her mom she wanted to trade in her figure skates for hockey gear. Her parents had little information on what was offered for girls hockey and hesitated before signing her up for the MAHG Hockey Féminin program in Laval. Already ahead of her age group in height and skills on the ice, her competitive spirit propelled her to the next level. Sienna was surclassed to play Novice C, where she played for 2 years. At this point, her parents' decision to let Sienna tryout for one of the boys Novice A teams at Laval-Nord would mark the beginning of her growth and success. If you know Sienna today and you've seen her tear up the ice with her current LSL Lions South Peewee AAA Major team, you would not be surprised to learn that she's been an impact player, playing at an elite level with the boys ever since.